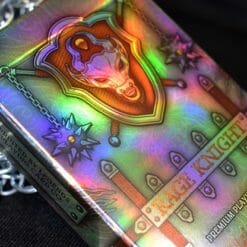 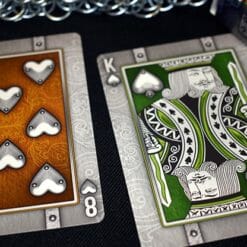 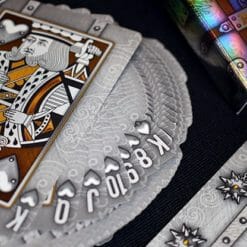 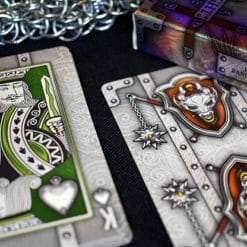 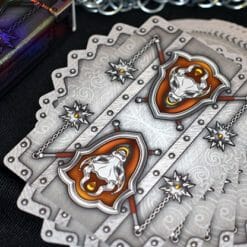 The back card features an etched armor background and a head-to-head layout of the Rage Knight’s shield, bull head crest, and a pair of battle maces. The face cards for the Rage Knight Deck have a metal texture with grey full-bleed coloring. The PIPS have a silver metallic look and are inlaid with rivets. The Spades and Clubs have large center areas with green coloring. The Hearts and Diamonds have large center areas with amber coloring. The green and amber color variances help with reading between the suits and overall playability. The semi-custom design utilizes an older court set for the Jacks, Queens and Kings. The Jokers depict a knight with the bull head chest plate and a pair of battle maces as his weapons of choice.

The tuck box incorporates the etched armor background and Rage Knight imagery. Its 4-color process graphics are printed on a shiny silver Mylar foil material. The results are mesmerizing and unique. The Fury Knight Deck is truly a knight in shining armor!

Inspired by knights of the middle ages, the Rage Knight Deck is striking and powerful. 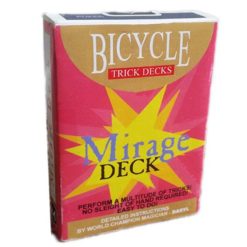 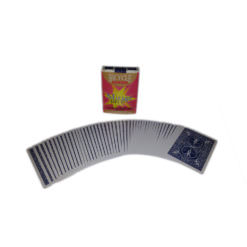 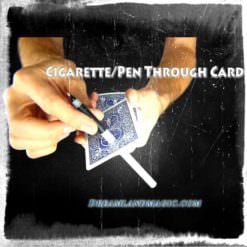 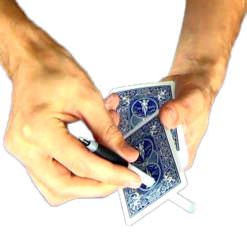 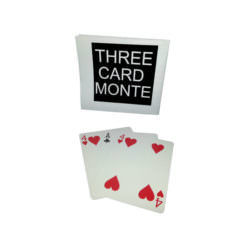 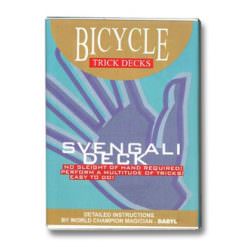 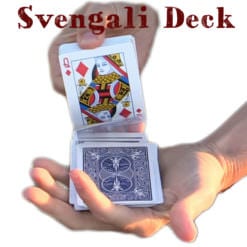 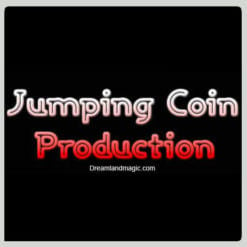 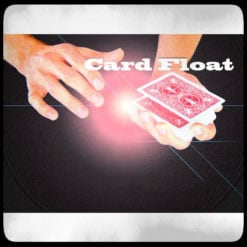 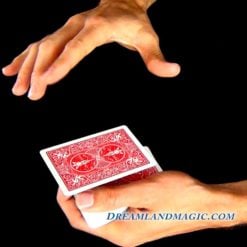 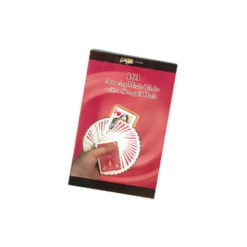 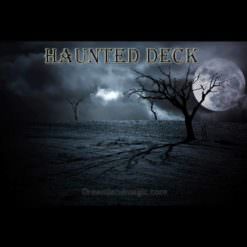 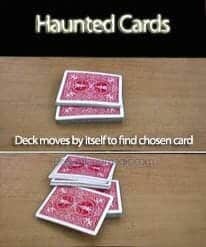